We’ve seen it as kids. And then we’ve seen it over and over again. The Star Wars six movies series ended with the death of the Sith master, Darth Vader’s redemption, and then his demise. But we know nothing of what comes after. Well. The wait is about to be over.

Star Wars – The Force Awakens is the upcoming seventh part in the Star Wars series, as Disney pledged to revive it following the acquisition of Lucasfilms. The movie is a sequel to The Return of the Jedi, which is where the movies story stopped. 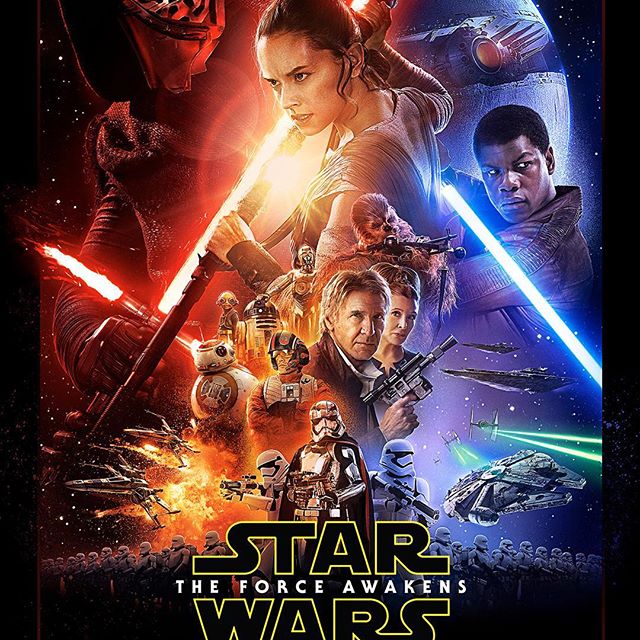 The filming took place in Abu Dhabi, Ireland, and the main photography at Pinewood Studios in England. The movie is set to hit theatre December 14th, and its trailer has already got staggering number of views and created a buzz online. Tickets have gone on presale in US, and are also breaking the records already. Every fan wants to be the first to see it.

But true fans don’t just want to see it. They want the ultimate best experience around them. So here we take the time to go through some of the best places to watch Star Wars The Force Awakens.

Where to watch Star Wars The Force Awakens?

The Star Wars: The Force Awakens movie will be released on UAE on the 17th of December. The UAE is one among the first countries who will screen the movie in theatres.

The tickets are already on sale.

IMAX you say? Yoda agrees! IMAX will give you the ultimate cinematic experience, and if you can, it’s probably worth paying little extra for that. In Dubai, there are two options for IMAX.

Sadly, the largest IMAX screen was available in Dubai at Meydan, but has shut down and doesn’t seem to be coming back anytime soon. But fear not. There are still some options out there.

1- Novo Cinemas Ibn Batuta Mall: With 4 star rating on TripAdvisor, the cinema offers what is called an MPX theatre, 3rd largest in size. Reviewers do mention it’s on the low end however, with relatively weaker subwoofer, and 2K projectors.

2- 1- Vox Cinema Mall of the Emirates: Has a lower rating than Novo, but their IMAX uses 4K laser projectors, and better sound experience. However their 3D experience uses Dolby’s 3D Active experience, as opposed to the better passive one at Novo.

There are three major players in Dubai cinema market, and they are Reel Cinema, VOX, and Novo, with Reel and VOX being generally the most favorable. Amongst the most popular cinemas based on user recommendations are:

– VOX Cinema – Marina Mall: Has various experiences, including 4DX with chair motion to add to the experience.

–  Novo – World Trade Center: One of the newest cinemas in town.

Visit Gulf News for more info about the best cinemas in Abu Dhabi.

While small in size, and limited in number of theatres, Bahrain still has fanbase for movies, and will see Star Wars Force Awakens being released on December 16th, one day ahead of Kuwait and UAE. How about that?

The only choice for IMAX in Bahrain is the Novo Cinemas in Seef Mall in Muharraq.

There are several options to catch a good movie in Bahrain:

Star Wars Force Awakens will release in Kuwait pretty early as well, on December 17th. And in Kuwait, you can choose between two companies. Cinescape, which had a 50 years monopoly up till 2005 on the cinema market. The company has locations all over Kuwait. And the new comer, Grand Cinema. Which has two locations. Namely, Hamra Mall, and The Gate Mall.

To watch Star Wars in IMAX, you only have one option. And that is Cinescape 360 Mall. Their latest cinema, which features their latest advancement. There is another IMAX theatre in the Kuwait Scientific Centre, but it’s rarely used to screen full length feature films.

Below are the most recommended and popular cinemas in Kuwait

1- Grand Cinema – Hamra Mall: This is more recent than all Cinescape cinemas, and offers 3D experience, as well as VIP limited seats theatres.

2- Cinescape 360: The recent in Cinescape chain of cinemas, and also very often busy, being inside a mainstream mall. They offer 3D, digital, and IMAX experience, and 2 VIP screens.

3- Cinescape Avenues: Inside the busiest mall in Kuwait, and the second most recent in Cinescape theatres. Offers the latest in technology as well. 3D and VIP screens are available. But getting there could be a challenge during busy hours.

There are many other older and less crowded cinemas, however they may be disappointing if what you are looking for is the best experience.

London is a place that buzzes with cinemas. Large and small, and can be found everywhere.

While there are many IMAX cinemas in London, not all are the same. Here are some of the best: 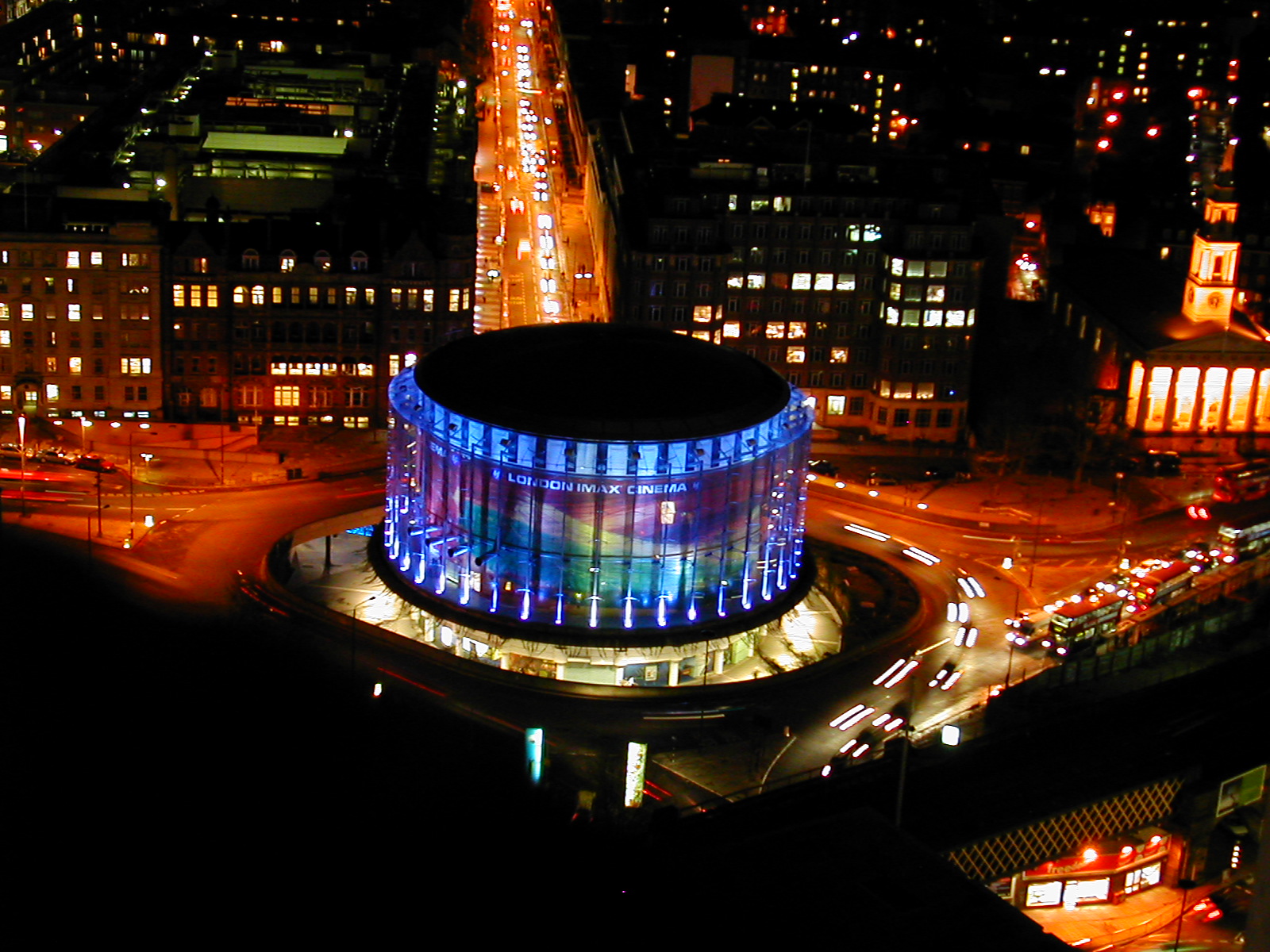 If you’re looking for the largest screen to catch Star Wars, then this is where you want to be go! BFI IMAX is the largest IMAX cinema in all of United Kingdom, with 20m in height, and 26m in width. It’s also a standalone IMAX theatre, meaning there are no other cinema screens beside the IMAX, which has a seating capacity of almost 500, and 12,00 watt digital surround sound. There is platium seat as well, and couples can reserve one of the few double seats to enjoy a romantic Star Wars evening.

The cinema is located just north of Waterloo station. A walking distance from the London Eye. So you’ll get to walk around the river after that as well.

You can find their ticket offerings here.

The second largest IMAX in London, and the largest in width (26.5m), and has the largest IMAX seating capacity as well. Not only that, but the IMAX has recently been upgraded to be the first in Europe to use Dual 4K Laser Projection system, equipped with new optical engine. That means, while coming second to BFI IMax, this cinema will give you the highest resolution, and best picture you can find. See the tickets here.

While generally not a place for full feature cinema movies, the science museum will give you the chance to catch Star Wars Force Awakens in 2D using tru 70mm film format, giving you 40% more film image than digital IMAX experience. Visit their site for more.

The choices here are so huge, but here are some of the popular areas to catch the movie: