Morocco is unlike any other country you’ll ever get to visit. This destination of mystery, culture and enchantment transports everyone that visits it to another world that is awash with the sights, smells and sounds of a place that has been a top destination for Hollywood celebrities, top world leaders and fashionistas alike. In this review, we’ll take a look at what the country has to offer, while exploring some of the things one can do on holiday, and sampling different facets of the culture of one of the most beautiful countries in North-West Africa.

Morocco can trace its history from 1000B.C when a people called the Phoenicians passed through a multifaceted land that contained desert, snow-capped mountains and stunning beaches. They decided to use this location as a trading post, utilizing it for trade between Carthage (modern-day Tunisia) and Mauritania. The Berbers, who were the original inhabitants, had to submit to many different rulers brought about by wars that involved the Romans, Byzantines, Carthaginians and Vandals. In the 1800’s Morocco saw itself in the midst of heavy influence from Europe, which can be seen up to today in its architecture and inclusion of some aspects of European culture in its own culture. Morocco was colonized by both the Spanish and the French, and it finally gained independence in April 1956. Today, Morocco is famed for its rich and varied culture and open-mindedness when it comes to tourists that decide to spend their holidays there. 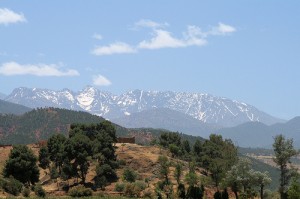 Morocco’s capital Marrakech is located within close proximity of the Atlas Mountains, and is famed for its expansive spice and souk markets, where one can buy everything from exotic and rare spices such as saffron to the latest in electronics and ethnic clothing and footwear. A market that is not to be missed while in Marrakech is the Jemaa el-Fna. During the day, this market is filled with merchants selling their wares, and at night it comes alive with numerous storytellers, snake charmers, healers, musicians and an incredible array of food stalls.

If you venture into the ole Medina quarter of Marrakech, you could catch a glimpse of the souks, which are in essence covered market stalls. This is a great place to find gorgeous silks, souvenirs and house utensils that you can take back home with you. If you’re good at haggling, this is the best place to snag a bargain and buy a piece of Morocco that you can take back home to remember the place by.

If you are looking for something that’s out of the ordinary and away from the tourist traps, a city Like Fez might just be the perfect destination away from the beaten path. Known as Morocco’s oldest imperial city, Fez has been designated as a UN World Heritage site, and features a charming old town section, more than 9000 narrow streets and a variety of Arabic and French-inspired architecture. The best time to visit Fez would be either September to November, or April to June. These are cooler months, and this will enable you to explore the city to your heart’s content. 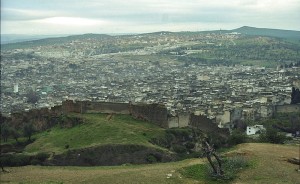 The biggest attraction in this city has to be the Fes-el Bali, which is a medina that is teeming with souks and ancient buildings. The Merinid tombs are found north of the medina, and feature the remains of a palace and necropolis that dates back to the 16th century. The tombs offer a great view of the city below, and are surrounded by the old city walls that were built around the 12th century. The Bou Inania madersa is a 14th century college that was built for religious purposes. It has architectural features that include intricately-carved doors, Arabic calligraphy adorning the walls and a gorgeous minaret. The tanneries are also not to be missed, and are best visited in the morning. It’s customary for the guide to offer someone wishing to visit them a sprig of mint due to the fact that animal hides being tanned have a peculiar aroma that’s not for everyone.

Getting to Morocco is easy via major airlines such as Emirates, EasyJet, British Airways and Swiss Airlines (see here for prices). The country has three international airports: Casablanca, Tangier and Agadir. It’s possible to fly direct from places such as Paris, Berlin, Amsterdam and a host of other European cities. The Moroccan currency is the Dirham, which is divided into 100 centimes. ATM access is not a problem in this modern country, which has invested in a robust IT and banking infrastructure. If you are from the US, UK or Canada, you don’t need a visa to visit the country. For a comprehensive list of the countries that are covered by this no-visa rule, please contact your embassy. Morocco is considered a Malaria-free zone, and doesn’t require individuals to take any vaccinations. However, it’s a good idea to be up to speed on your Tetanus and Polio vaccines.

Morocco is a very safe country that experiences some of the lowest homicide rates in the world. Common sense should be followed if you are traveling alone. Driving under the influence is illegal and women are advised to be in the company of a trusted guide if they need to travel to places in the country they have never been.

At the end of the day, traveling to Morocco is an adventure like no other. If you’re looking for some rest and relaxation, the beach towns of Essaouira and Assilah are perfect for a tropical-inspired destination. If you are more into adventure, a trek to the Atlas Mountains will allow you to experience the country from a completely different perspective surrounded by wide, expansive space. Most Moroccans speak French, Arabic, Spanish and a bit of English, so it won’t be hard to communicate when needing a service or buying goods. The country has a well-developed infrastructure that allows you to move from one city to the next with minimum hassle. Morocco offers up an interesting Arabian-inspired adventure, set against a backdrop of heavenly views, sumptuous food and friendly people.