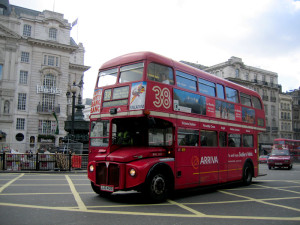 The tentacular capital of the UK is more than just a city, it’s a universe in itself.  The centre of the European capitalism, a foyer of cultural experiments and a mosaic of nationalities, London is the queen of paradoxes and this is visible for the visitor on all corners of the street.

London has five airports: Heathrow, Gatwick, City, Luton and Stanstead. They are often far from the city centre and you must take a shuttle bus to get to the heart of the capital. The price of the shuttle is generally very high. If you choose to get a cab from Heathrow Airport to London City Centre, the fare wouuld be close to £ 75.50. The car is, in most cases, the most reasonable option. You can also save some money by booking train tickets in advance and collect them directly from the airport station at the time of the travel. For example, a train ride from Gatwick to London Victoria (city centre) is at least twofold cheaper than getting a shuttle. The cheapest way to get airline tickets is usually online (see prices here).

The Eurostar is the easiest way to get to London from the continent and it is a good option if you want to avoid hazards at airports. There are return rides available several times a day, from St Pancras and Paris – Gare du Nord, with a total travel time of less than two hours. The new terminal at St Pancras is attached to Kings Cross Station, where you can take a train to other destinations in the country. The station is also served by several subway lines.

Getting around the city

As the neighbourhoods of London seem rather never-ending, getting a travel pass for your stay is certainly worth the money, as it will save you so much time travelling from one attraction to another. The cheapest option is an Oyster card, which can be purchased at all the major train and tube stations and it is very easy to top up.  This is the most convenient way to pay for all tram, Tube, bus, London Underground and most of the National Rail services in London. Another option would be renting a car, but if you are in London for just a few days, it may north the cost and hassle, as you will have to beat the traffic at peak hours, worry about parking and pay a daily fee to enter the city centre.

What to do / what not to do

Eat in a traditional pub. The pubs are definitely the best place to dine if you are looking for traditional English dishes. Most offer menus for lunch and dinner and they have a wide range of non-alcoholic beverages. A must try: the roast dinner (roast beef served with potatoes, vegetables and Yorkshire puddings, a kind of savoury pastries), bangers & mash (sausages and puree) and of course, fish & chips. For dessert, do not miss the banoffee pie, made with bananas, caramel and whipped cream, which is simply irresistible!

Frequent some of the trendy places of the capital in order to feel its beat. Although you can find trendy places around the city, Upper Street (Islington), Covent Garden, Soho and the South Bank (next to the London Eye) provide a good atmosphere and a fantastic selection of cafes and restaurants.

And for the don’ts – don’t smoke in public places. Since 1 July 2007, it is forbidden to smoke in all public places in the UK, including workplaces, shopping centres, pubs and restaurants. Now, those who are caught smoking will be subject to an automatic fine of 50 pounds. 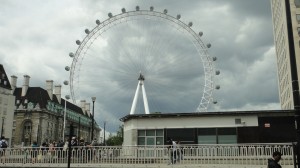 It goes without saying that anyone who visits London should see the Big Ben, Buckingham Palace and the British Museum. However, the city has so many hidden gems to surprise its visitors that it would be a shame to just settle for the obvious sights. The Fan Museum, The Museum of Brands, Packaging, and Advertising, the London Roman Baths, the Museum of Childhood at Bethnal Green, the Guildhall Art Gallery and The Peace Pagoda in Battersea Park are just some of the surprising and interesting attractions the British capital has to offer.

London is known for its many Indian restaurants. In fact, the curry has almost become the national dish of England. The Taste of India, for instance, located in the picturesque neighbourhood of Greenwich offers a wide range of Indian dishes both traditional and innovative. The interior is modern and comfortable and the staff friendly and attentive. If you do not know what to choose from the list, ask the chef for some recommendations. Warning: dishes labelled as “hot” are very spicy, so if you don’t like this, settle for those described as “mild”. Chicken Jalfrezi is a safe bet if you are looking for an introduction to Indian cuisine. If you are looking for a special place to dine, go on top of a building, or in a posh hotel in the heart of a popular market, where you will find the most fashionable restaurants in London and enjoy the best of international cuisine.

Weather / when to go to London

Even though the climate of London is characterized as “temperate”, you will notice that there is much more rain than in other countries with the same climate. However, you should not worry too much, as contrary to popular belief, the fog and mists of London are actually myths. If you want to enjoy the best possible weather, visit London from May to October, when you will have a better chance of catching a large number of sunny days.

London is known to be one of the most expensive cities in the world and thus it is essential to be aware of a couple of efficient ways to save money. Eating ethnic food instead of British traditional is a simple way of cutting down costs. From Mexican burritos to Chinese dumplings and Vietnamese noodles, the choices are varied. Set lunches are also a good way of saving some money on food. Cheap tours are a decent way of discovering the best things London has to offer without overspending. The good news is that many of the museums of the city are free, so if you are short on money, you could settle for visiting just those and trust us, there are plenty of them to keep you occupied for weeks. If you would like to enjoy some live music when in London, the Southbank Centre and the Barbican, two of London’s most prestigious music venues, offer regular great free gigs in their foyers, often in anticipation to paid events.

London is generally a safe city and the probability of being a victim of violence is very small, especially in the areas frequented by tourists. However, it makes sense to take some precautions, just to be on the safe side. For instance, you should only use registered cabs, avoid carrying large amounts of cash,  keep your purse or wallet close to the body and cover the keypad of an ATM when using it so no one can see your PIN number.

London is packed with a variety of hotels and apartments that can match all tastes and budgets. You have to make a choice of whether you want  to stay near the center where it’s crowded, more expensive, yet closer to the main attractions, or whether you prefer more quite, and less expensive place to stay. For best hotel offers in London, and a map of their location, visit our London Hotels page.