Jazeera Airways is announcing six new non-stop destinations, two of which are to Iran, namely Shiraz and Isfahan, which are two popular destinations for lovely nature, and the latter is full of historic attractions, and being a relatively low cost country, this makes it in our current times an even much better target. The other four destinations are Aleppo or حلب in Syria, Larnaca at the southern coast of Cyprus, Antalya in Turkey, and Hurghada at the Red Sea coast in Egypt. 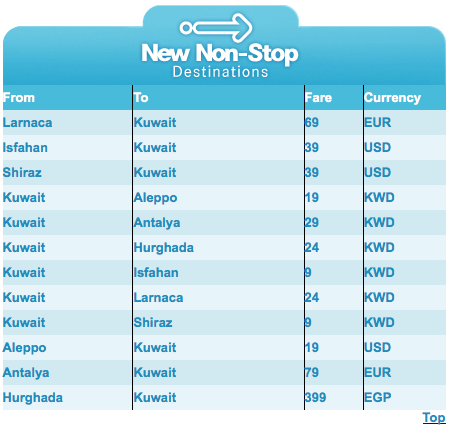